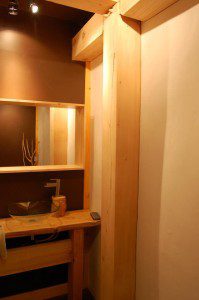 Like many of us, Ryan (a 7 day straw bale workshop graduate) held a deep desire to build his home using his own two hands. After all, growing up in a family in which his father had built three (the last of which Ryan was heavily involved in), the concept was familiar and natural. While attending a green building conference circa 2002, Ryan was introduced to the concept of straw bale construction. Being an environmental consultant, the merits of this technology made sense so he proceeded to create a multi year plan to build his own house using straw bales.

A plan of action, timeline, and goal are incredibly useful tools when bringing big dreams to fruition. They serve as guideposts when we feel overwhelmed and give us perspective on what the next step is.  With these tools, it doesn’t matter how far into the future your goal might be or how many actions will need to be taken to reach it. As long as you continue to follow each step, in time, reaching your goal is inevitable. 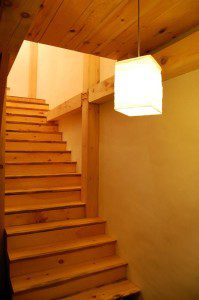 For Ryan and his wife, their steps included selling their condo in the city, renting a cottage in the area they wanted to settle in, and then waiting patiently for the right piece of property to show up. For three years they waited. And when their dream property showed up on the market, they didn’t hesitate.

Ryan was already experienced with Auto-Cad (professional architectural design software) so he undertook the 2,000 sqft home design process himself. He also did all of his engineering calculations. Before turning his plans into the building department, he had them professionally reviewed and stamped by an architect and structural engineer to make certain that the residence was well designed. Though he navigated his way through the whole design process successfully, he wishes that he had enlisted professional help earlier on to simplify the whole process. 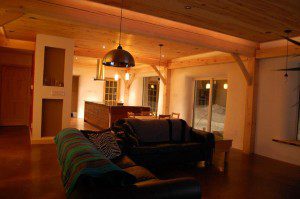 The actual building process was an adventure. For Ryan, there were “a million ups and downs”. Some days felt easy and perfectly on schedule. Other days he felt defeated and would ask himself, “What have I done??” Peace of mind was re-established each time doubt came in by reminding himself to just take things one step at a time.

During the build, he made it a point to break down each task into manageable bites so that in general, none of the jobs took more than a day to complete. He also quickly realized that it was much more productive to spend time in action rather than spending too much time thinking out every single step ahead of time.

Obtaining a loan and insurance for his straw bale home posed no obstacles for Ryan and his wife. He shares the secret to his success was in his approach. He arrived at all of his meetings with as much information as he could, answering questions before they even had a chance to ask them. He went to all of his meetings with a comprehensive business plan and presented himself professionally. Ryan’s efforts paid off without a hitch. 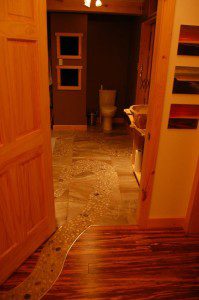 When I asked Ryan if he has advice to anyone building their own straw bale home, he shared (wisely) that as tempting as it may feel in the moment to cut corners not only in craftsmanship but also in materials, that it’s extremely important to stay committed to the values of safety and creating a house that will last for generations. One of the big pieces of the success and beauty of his build is that he stayed true to his commitment to build the best house that he could. 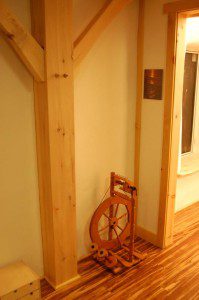 When Ryan first informed his father that he was going to build his house with straw bales, his dad thought it was the craziest thing he had ever heard of. He could not for the life of him understand why his son would build with straw. I am pleased to report though that his father now “gets it”. It’s so important that those of us who are passionate about building a straw bale house do so even at the risk of having others deem us insane (even if just temporarily).

When others see the process and the end result, they can’t help but see the light. We are the ambassadors for this technology and the more of us there are, the more available safe, beautiful, energy efficient and green straw bale housing is to those around the world.

We want to congratulate Ryan on doing a beautiful job on his home. It is wonderful to see past workshop graduates go out there and build their own dream straw bale homes. We hope to see you at one of our hands on straw bale workshop sometime!