The Straw Bale Heat-Hog House: Energy Use Before Plaster Completion 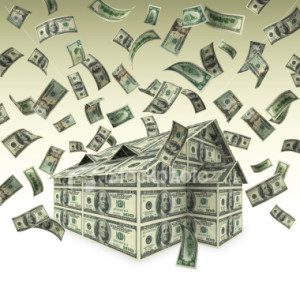 I just received this email from a friend who is almost finished with his straw bale house. Unfortunately, his house is not performing the way he would have hoped. As the email below says, there is still interior plastering, drywall taping, and caulking to complete. In addition, the foundation stem wall is not insulated which likely has a big impact on the performance. If any of you have personal experience with a situation similar to this, please comment here. Thanks.

We have a straw bale heat-hog house. Granted, our house hasn’t been plastered on the inside yet, still has seams between the sheets of blue board, and hasn’t had any caulking put on any joints where cold air could be infiltrating…BUT, it is plastered on the exterior, and it does have all the insulation in place. The insulation is R38 in the vaulted wing, and in the central entry wing, and R50 blown into the bedroom wing. With our radiant floor up and running, our 18kw electro boiler keeps the house at a constant and comfortable 60 degrees. I checked out the electric meter after returning from vacation, and, HOLY COW!, the boiler has racked up 3000 kwh in a little over 2 weeks time!

OKAY, the boiler ran non-stop for about 72 hours, bring the slab up to temperature, so I was hoping that most of those kws were devoured at the onset. As an experiment I noted the meter last night at sunset and again this morning at sun rise. No one opening or closing doors, just the cold night vs. the insulated house. During the night the meter racked up another 175 kwh. Ouch. Now, I never expected that just because we were building w/ straw bales, our house would be one of those ‘heat with a candle / cool with an ice cube’ jobs. We’ve too many windows, too much perimeter wall area.

I guess my question is can I hope that the heating load will diminish once 1) we finish up the interior plastering and caulking? 2) insulate the perimeter of the slab with some rigid insulation. (right now, the full 2′ height of the slab edge is exposed; backfilling alone would probably be of some help). 3) put up some window treatments such as blinds or curtains to pull during the night? 4) scrap the electro boiler and go with some sort of heat pump? (4 is not really an option for the immediate future).

I was hoping that 2 and 3 wouldn’t be necessary, but am thinking now that they will be. All of our radiant circuits are laid out so that they heat at the perimeter first and wind their way into the center of the slab. I think they lose a lot of the energy in the hot water at that cooler perimeter of the slab, thus requiring a higher amount of heat input from the electro boiler. (For example, when the house is holding steady at 60 degrees, putting my hand on the floor in the center of the room, the floor feels neutral to the touch. At the interior of the straw bale wall, not even near a door, the floor feels cool to the touch. )

Finally, most of this is me thinking aloud. Don’t feel you need to perform an energy audit or anything in depth. I’m really just curious if you’ve seen a a performance jump in your straw bale houses once the final plaster and caulking are complete.