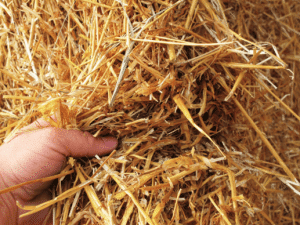 Just what is “Organic” Architecture? Well, the term “organic” was coined historically by the architect Frank Lloyd Wright in the late 19th century to describe an architecture that is as individual as the people who experience it, one that looks to nature as a model for design, and one that is appropriate for both the client and the site, and in nearly every instance, improves both. A building or space should provide more than just shelter and protection from the elements. Additionally, it should inspire and provide identity and awareness about who we are. In this, I feel that architecture embodies the human condition; it truly is a metaphor for where we are as human beings.

Presently around the world, there are numerous obvious displays of a lack of respect for one another, and perhaps more locally, for the natural environment. In the last 50 years and especially the past two decades, much of our natural landscape has been systematically infiltrated by “urban sprawl”. Quite like a virus, this relentless syndrome has overtaken much of our healthy and beautiful landscapes. It has then transformed them into polluted and energy intensive habitations that are utterly dependant upon nonrenewable resources for their survival. Much of this is a product of the fast-paced lifestyle and narrow paradigm that pervades throughout our culture, yet I see it more as a deficiency of a “true identity”, as a people.

Much of modern architecture and design has come to the point of just slapping a “style” on a building, packaging it, and marketing it to the masses. Choosing a “style” in order to bring control or appeal to a building may create an aesthetically pleasing facade, but it also acts to disconnect the building from the “essence” of the inhabitants and the surroundings. By that I mean, the Parthenon in Greece, which is still widely copied, is a truly magnificent work of architecture, yet it does not relate quite as much to the culture in Greece or the world for that matter, today, as it did when it was constructed.

Organic Architecture is not just about creating buildings, it is about creating space; space to inspire, space to enhance your senses, and space to bring awareness. Think about the last time you were in a truly great building. How did it feel different from a building designed merely for occupation or shelter? How did everything relate to everything else? What feelings and emotions were stirred?

In the 21st century, we as human beings are at a crossroads. In the next fifty years, our population will likely double. The field of architecture and design will play a monumental role in determining the impact that will be thrust upon the planet. Our current dependency on nonrenewable resources is simply not sustainable. We must realize that we are just a small part of this nature thing, and all that we contribute will have drastic effects on future generations.

These effects can further deteriorate our current situation, or they can also manifest healing and bounty. Utilizing renewable resources in building, such as straw bales-coupled with thoughtful design that seeks to enhance and respect the local landscape and environment, can become the catalyst that reconnects us to our true identity as integral pieces upon this beautiful spherical puzzle.

Chris Keefe, from an early age, discovered his creative spirit in art. In 1996, he received a B.A. in Liberal Arts focusing on drawing, Music and Philosophy from San Francisco State University. In tandem, he was actively involved in a grassroots environmental project for five years at the University of California in Berkeley. He became interested in the field of straw bale as he began his graduate studies in 1999 at the San Francisco Institute of Architecture. Focusing to integrate his work in the environmental and sustainability field with his creative imagination, he received a Master of Architecture and Ecological Design in 2001. Soon thereafter, he founded a company called Organicforms Design which offers ecologically and artistically based design utilizing natural and sustainable materials. Since then, he has worked and completed several exciting design/build projects in Southern Oregon. In 2002, he began to focus primarily on straw bale research and design as the lead designer on the innovative project, The Straw Bale Village in Jacksonville, OR. Please visit his website at www.OrganicFormsDesign.com

NOTE: Remember, You’re welcome to “reprint” this article online as long as it remains complete and unaltered (including the “about the author” info at the end), and you send a copy of your reprint or the url to Info@strawbale.com